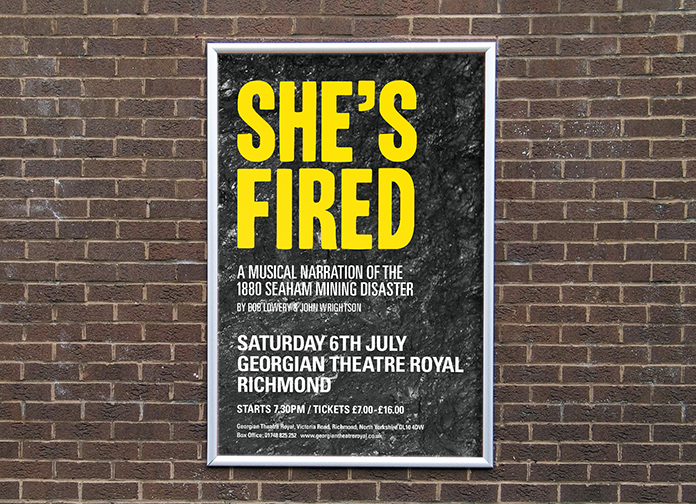 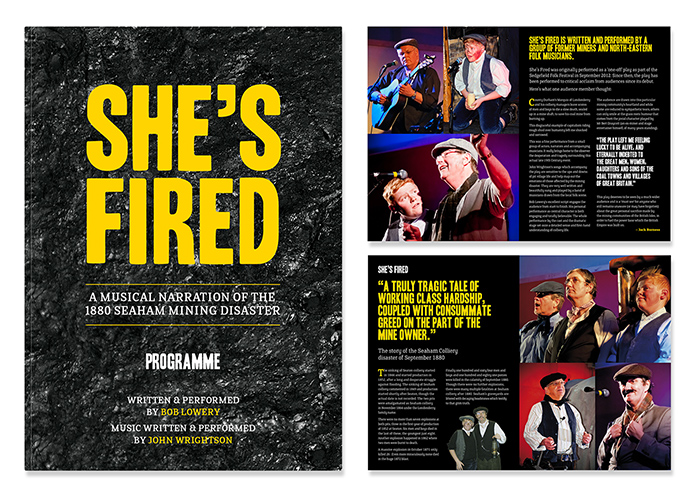 She’s Fired is a musical narration about the tragic tale of the 1880 Seaham mining disaster which killed 164 men and boys and 181 ponies.

Here’s the programme and promotional poster for She’s Fired, which continues to receive rave reviews.