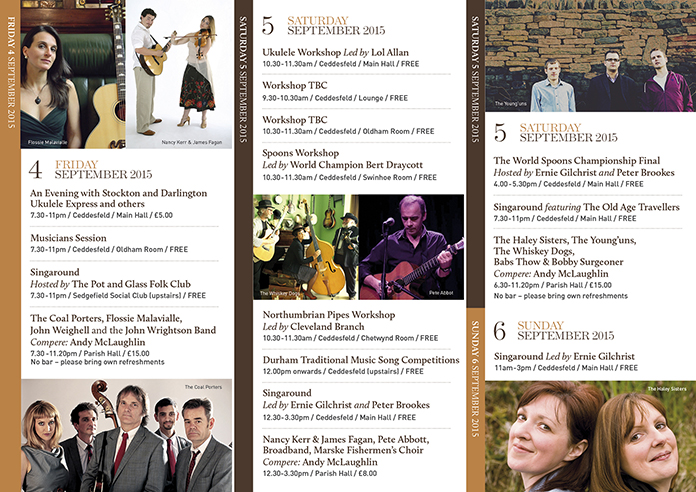 I’ve just finished designing all the publicity material for the 2015 Sedgefield Folk Festival.

This year’s festival takes place in September and promised to be the biggest yet. In it’s tenth year, the Festival has grown into one of the most popular in the region and this year will host a stella line-up.

BBC Radio 2 Folk Awards singer of the year Nancy Kerr and James Fagan are one of the main attractions along with local act, The Young ‘Un, who are also 2015 Folk Award winners. They are joined by the Haley Sisters, the Coal Porters, Flossie Malavialle, Pete Abbott, The Whiskey Dogs and many more.