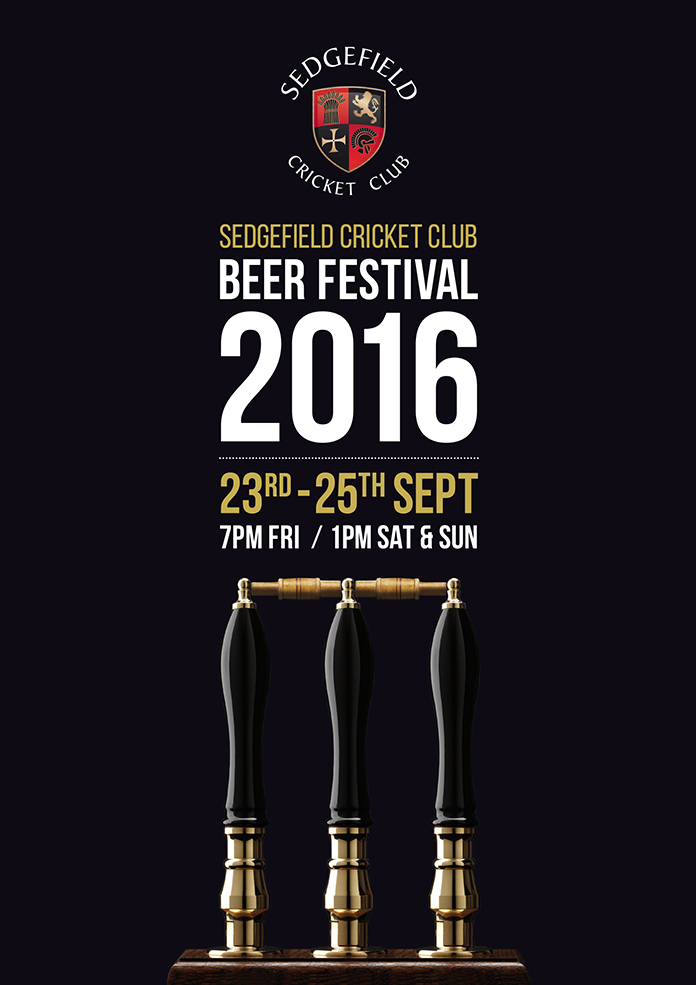 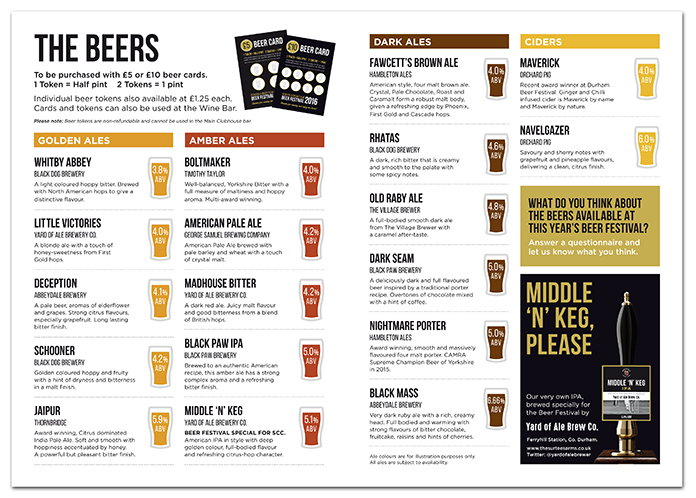 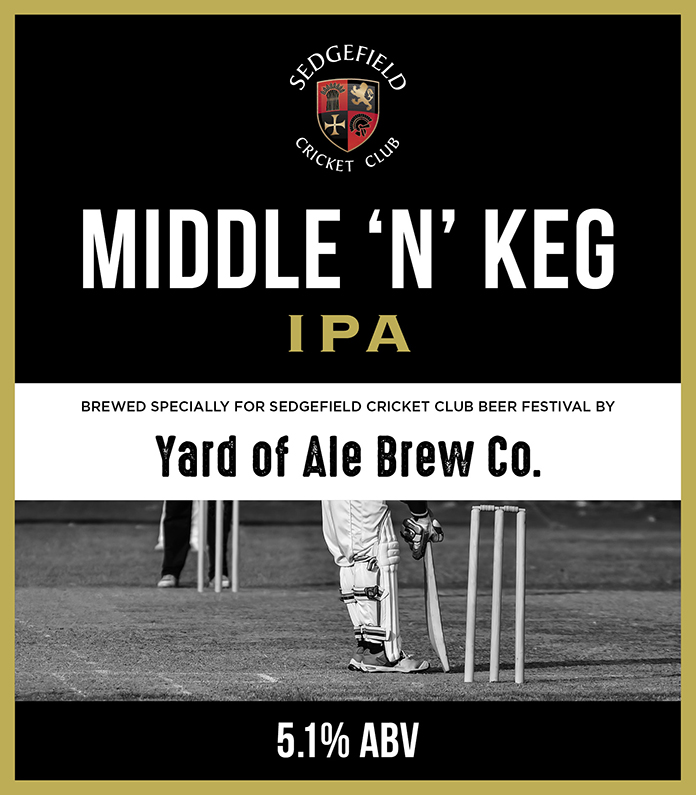 I was only to happy to help out with the branding and advertising again for the event which takes place on 23th – 25th September.

After the success of last year, this year’s Festival will be bigger with more ales available, food and wine bar.

The Club wanted a more professional approach to buying the beers this year. A Beer Token Card was created, which is loosely based on coffee shop loyalty cards concept and branded with the club colours of black, white and gold.

This year also sees the Club team up with local brewery, Yard of Ale Brew Co. in Ferryhill, who are brewing an IPA beer specially for the Festival.

A Facebook and Twitter competition was run to name the beer which had to have a cricketing theme. ‘Middle ‘n’ Keg was picked and will be sold over the weekend.

If you’re in or near Sedgefield, why not come along and sample it along with the other beers, entry is free and all are welcome. See you there!