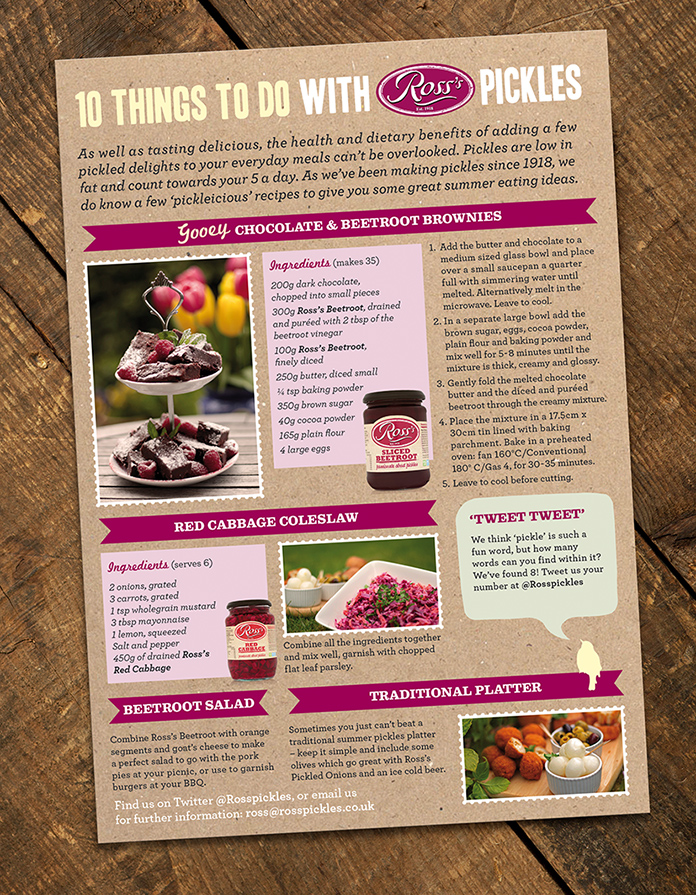 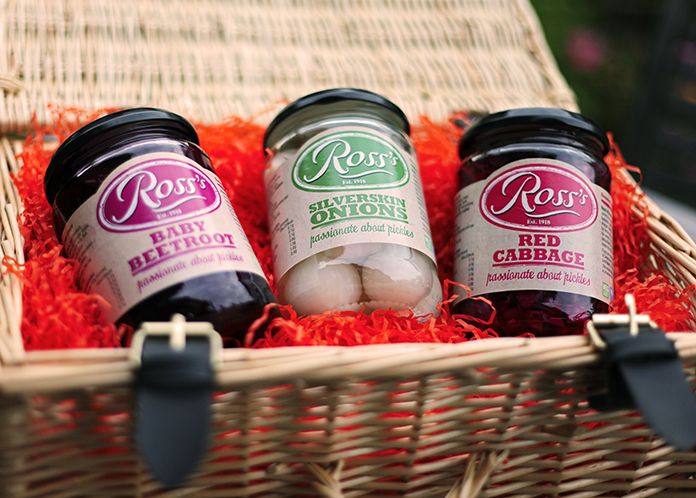 Ross’s Pickles were established back in 1918 by founder James Ross who started a small business with his war gratuity, making pickles in his Byker-based kitchen in Newcastle upon Tyne.

Now owned by Greencore Group, Ross’s Pickles has been re-launched to Retail customers and supported by a PR campaign centred around it’s original heartland, the North East of England. I’ve been helping Greencore and Hundredth Monkey with the launch, by designing a pickleicious recipe-card for consumers to try out with Ross’s Pickles.